Author and business strategist Greg McKeown explains Essentialism and the meaning of the phrase, “Less but better.”

Greg McKeown’s book “Essentialism” focuses on the importance of simplification to finding success and fulfillment—to drill down on the truly important. His book explains essentialism, as well as several other ideas such as essentialism for leaders and the phrase “less but better.”

Q: Your book “Essentialism” has become increasingly popular. What are some things you’ve learned or surprises you’ve encountered since the release in 2014?

This theme is even more relevant and more prevalent than I realized when I wrote the book. People everywhere, in every industry, every age group, whether it’s in schools, whether it’s sports programs, whether it’s businesses, government, everybody feels some of the following:

“They feel busy but not necessarily productive, they feel stretched too thin at work and at home, and they feel that their day is constantly being hijacked by other people’s agendas for them, by updates, by tweets, by news flashes that are constantly entering their inbox and their desktop and their phone.”

This is an idea whose time has come, and that’s what to me is amazing; it’s in our culture, it’s non-essentialism. There’s so many things all the time. This is true across the board and that’s something I didn’t understand as well as I do now. Inside organizations, people feel trapped between two cultures in their minds.

And it’s like there is a false dichotomy at these extremes. If I say the same thing on a simpler level, it’s that an individual feels that they are trapped between either the polite yes or the rude no and they don’t yet have the skills to create that rich middle ground.

What happens is that people plateau in their progress and they just become average, actually. They become a bit like everyone else and that should be expected because that’s what they’re doing; they’re doing a bit of what everyone is doing.

You’ve got to get your own understanding of that and not just see what other people are doing and then just try and copy it from the outside. When people do that, when they copy from the outside, what they’re really doing is acting without understanding. It’s a sort of reactivity and so they don’t really know why they’re doing it.

Q: How does one begin to shift the mentality of a group towards building a culture of essentialism?

What we’re trying to do is engage in a negotiation around what is essential and what’s not essential. And that we want a culture that allows that robust conversation to take place, where we’re encouraging new ideas. Where we’re innovating, but we’re not just gonna allow innovation to mean that we’re always running wild.

Essentialism for leaders also isn’t about saying no to everything without really thinking about it. The answer isn’t just to do less.

Essentialism for leaders means a culture where people are working to discover what’s really important now. “What’s essential?” And that becomes the authority of the organization, of the culture.

Instead of it being about the leader, it’s about what matters. The phrase, “What’s important now,” has a nice acronym: It’s WIN. What’s Important Now? Did they do it from the other extreme, “Look, we just want everybody…anything goes?” No. They had a disciplined pursuit of less but better. They encouraged people to focus on the right things.

Q: Do you see people getting hung up on that early step in the process of, “wow, I love this whole thing and we’re gonna be essentialists...but wait, what do we stand for? What’s actually essential?” What do you say to someone at that phase?

Well, that’s the first of three principles of essentialism for leaders.

The first is to create space to explore what is essential. The second is to develop skills to eliminate what’s not essential. And the third is to create systems that reinforce what really matters.

These aren’t extras––creating space to figure out what is essential is the work itself. That’s the hardest single part of being an essentialist. As Steven Covey once explained, as soon as you find out what your burning “yes” is, then it’s much easier to start. There’s no good just going, “Well, we’re going to simplify everything.” What does that mean? Simplification means unity around purpose. That’s what it is.

So you’ve got to get back to purpose and what the real aspiration is. How do you do that? It’s about asking the question, not dictating the answer. You don’t have to be a dictator. In fact, you’re not an essentialist if you’re a dictator for sure because you won’t get the essential answers and insights.

You’ve got to build a culture where people can talk and be open and wrestle things out and then enthusiastically pursue an intent together, a unified intent to do something special. But in the process, you’re gonna be trading off so much low-value activity that everyone’s taking for granted what you have to do in order to do something that’s unusual and special. It’s getting rid of the busy work, and instead you have purposeful work.

One thing you can do is to hold a personal quarterly offsite in which you ask questions like, “Well, what have we been doing…what’s working right now? Why does that matter to us? What are the deeper whys?” So you’re celebrating your successes but you’re also getting a bit deeper into the why of what you’re doing. And therefore, “What would we want to do over the next 90 days?” Every 90 days you’re reviewing and evaluating what’s gone right and why? You study success. I think this is such an important idea.

What people think is that “success will beget success” and sometimes that is true, but what often happens is that success begets a lack of focus, which undermines success, so we have to learn how to become successful at success. That’s what essentialism is about. You can learn a lot more from success than you can from failure if you study success, but often that isn’t what happens.

So I recommend that every 90 days you’re personally doing this. Then you can do it, of course, as a team, but personally you’re holding a full day and you’re just studying, “What went right? Why did that matter to me? And therefore what are the top one or two goals for the next 90 days?” I work really hard to have a single, essential intent for my life, personal life and then a single, essential intent for my professional life, every quarter.

Q: The study of success is huge in the sports culture and completely applicable to our audience. With this idea of how success brings all these new problems, what has your experience been when you say that to someone? Is it an instant epiphany or do you get pushback?

We have been conned into being taught the answer is always to do both, to do it all. So if any of your competitors are doing a thing, you ought to do it. And if you do everything, then you’re going to be successful.

But that isn’t what happens. What happens is that people get overloaded. See, this is part of why essentialism is so relevant, it’s that we just keep adding and adding and doing what we’ve done before. Doing what you’ve seen other coaches do, and just trying to kind of fit it all in without real understanding about why. That’s why when we study success we have to say, “Well, what’s going right, and why does that matter to us? What’s it really about for us?” We have to study it deeply so that we get our own point of view about how it should be done going forward.

Q: All this elimination and simplification feels like close cousins of discipline and routine, how do those pertain to essentialism for leaders?

Well, the key isn’t discipline per se, the key is doing the right things. That’s a really big difference. You could have a routine and be following it with great discipline and be a complete disaster. In fact that’s called having bad habits. They are routine, we do them all the time.

I have a bad habit, I eat ice cream and I often eat late at night, that’s a bad habit, it’s routine. It’s built in. It’s got triggers and I follow through with it and I do it consistently, but that’s not going to make me a high performer. So of course routine isn’t the thing and discipline isn’t the thing. That’s why essentialism, that’s the key. Figuring out which are those few things that are disproportionately important—that will really move the needle.

What I have experienced in my life is that there’s only really two kinds of people in the world. There are people who are lost and then there are people who know they are lost. And I seek to be in the second category, and that means that once you admit it, your path to figuring out the right way forward is quite close.

If you admit, “Oh, I don’t know what I’m doing.” Well, you know what to do next, just stop, you pause, you ask the questions again. “Why am I doing this? What is really important? What should my goal be?” I think I ask that question more, more than just about anybody I know and that’s not because I think I’ve got something good going on, it’s because I know I don’t know. So I have to work on it everyday.

I have to make my lists everyday; go through them, work through them bit by bit, hold my personal quarterly offsite, and ask the big question. I have to do it otherwise I’m just gonna be completely all over the place, total mess.

Subscribe to our Leading Edge newsletter, "The Edge," to get real, first-hand stories about how leaders in different communities build successful programs, delivered straight to your inbox every month.
Subscribe

10 Leadership Tips for Coaches To Grow a Champion Program

5 Powerful TED Talks on Leadership for...

10 Leadership Tips for Coaches To Grow... 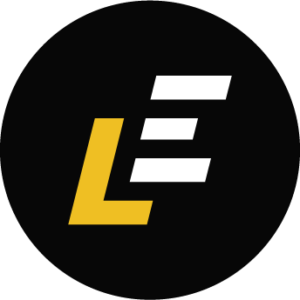 Real, first-hand stories and tips from expert leaders about how they’ve built successful programs
in different communities, delivered straight to your inbox every month.